Okay guys, I think I've created the ultimate death by chocolate dessert. And there are Oreos in it. Life couldn't be better. I mean I know there are lots of trifles out there, but this is the first time I made it so chocolatey and sinfully delicious. It's also very, very easy to make and can be made one day ahead. This Oreo Brownie Chocolate Trifle is out of this world. 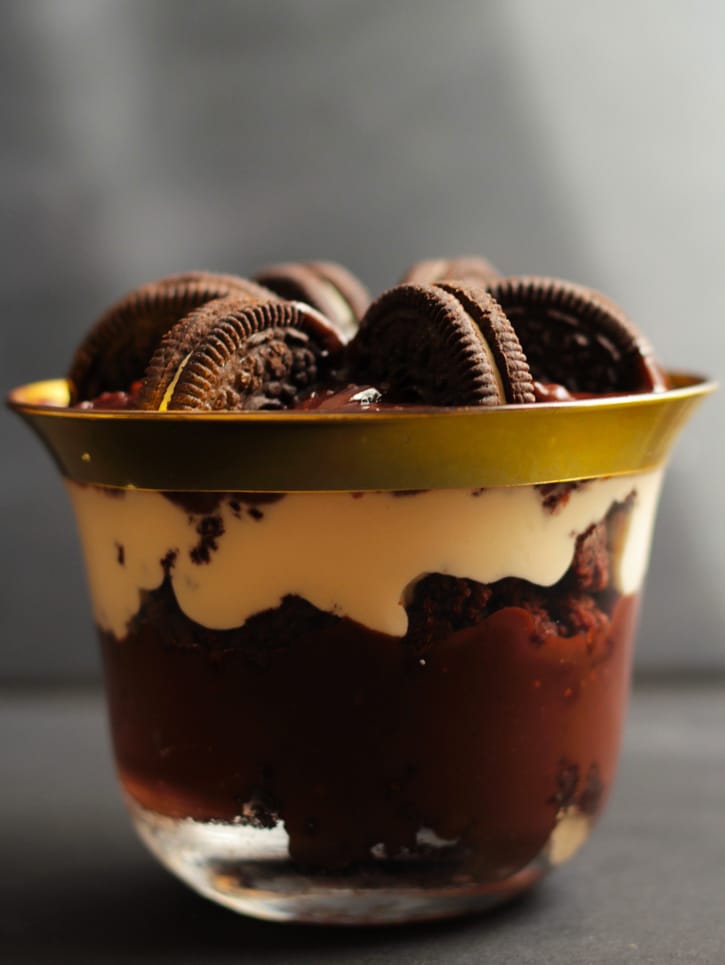 Before we go ahead, I have a huge announcement to make. I've joined a group of 26 bloggers to bring you my very first group giveaway. And the prize? One awesome $650 Amazon gift card. So how do I enter the giveaway, you ask? That's very simple! Just scroll down below, and add your information to the Rafflecopter giveaway box/form (it's right above the recipe card). Don't forget to leave a comment stating which is the best trifle you've ever had below in the comments section. Entering the giveaway is as simple as that! P.S. This giveaway is open only until 25th November, so enter before you miss the chance!

Now let's admire the Oreos all nestled in closely in the brownie mix. Isn't that the most delicious thing you've ever seen? Actually no, because obviously the trifle tops that, right? But this is also a pretty good sight. A pretty, pretty good sight. If you're a regular reader you must know that I have a thing for sweet things. Evidence: here, here and here. 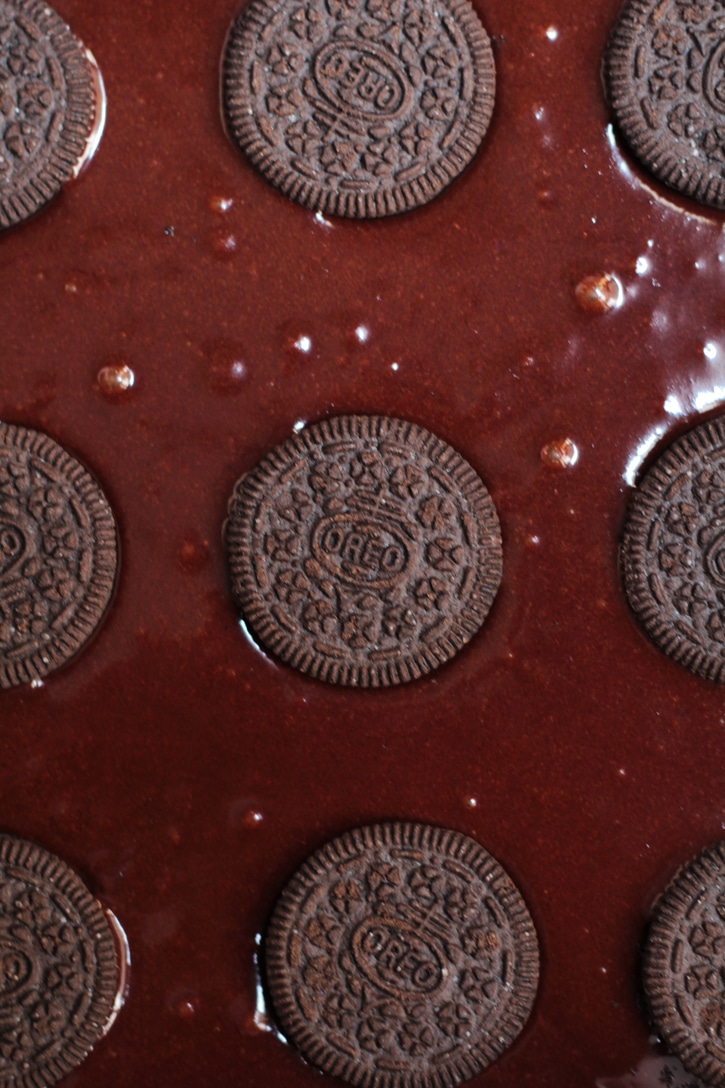 Like, don't you just want to dig into that bowl of chocolate heaven below? Layers of Oreo brownies, homemade silky, luscious chocolate pudding topped with fluflly whipped cream and finished with a final layer of that addictive chocolate pudding and Oreos. Have I convinced you yet? Seriously, this trifle is so good you won't be able to stop yourself from eating it. 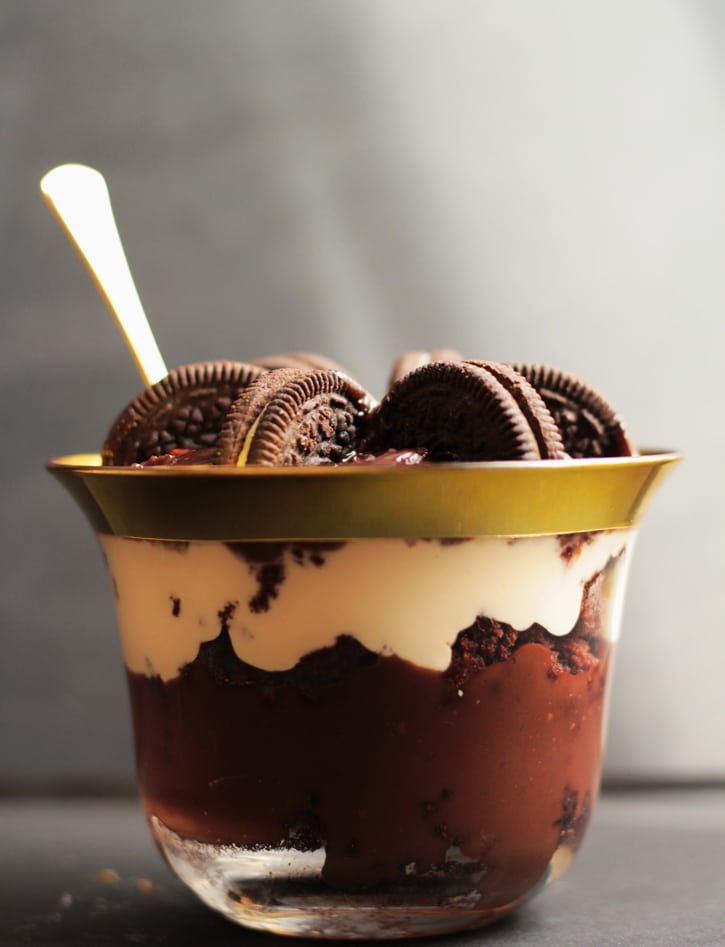 WARNING: Sharing may become an issue, and fights may ensue over who gets the last spoon of trifle. So it's best advised to serve this trifle in individual bowls. 🙂 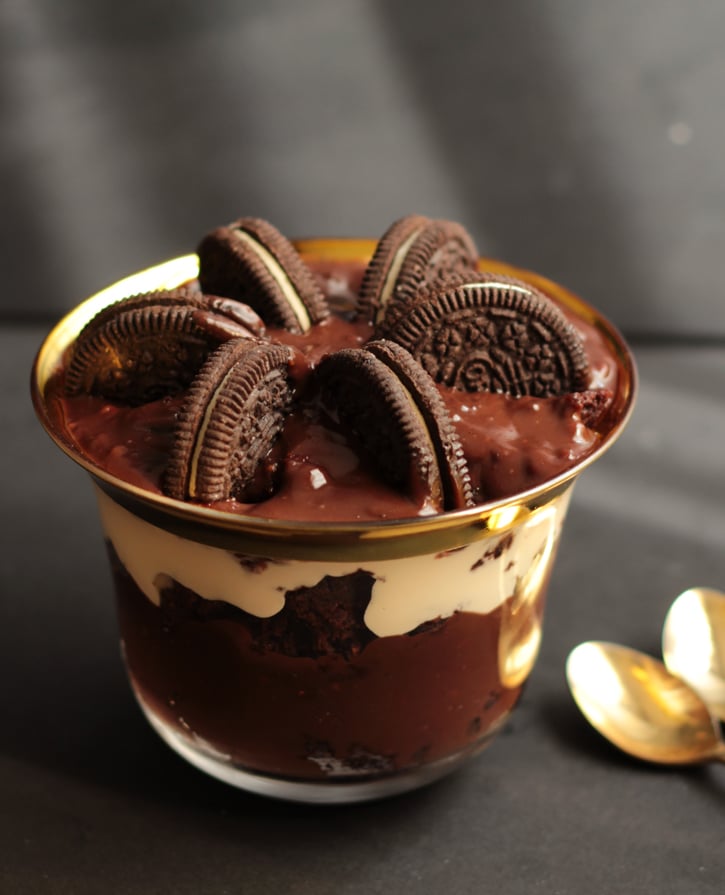 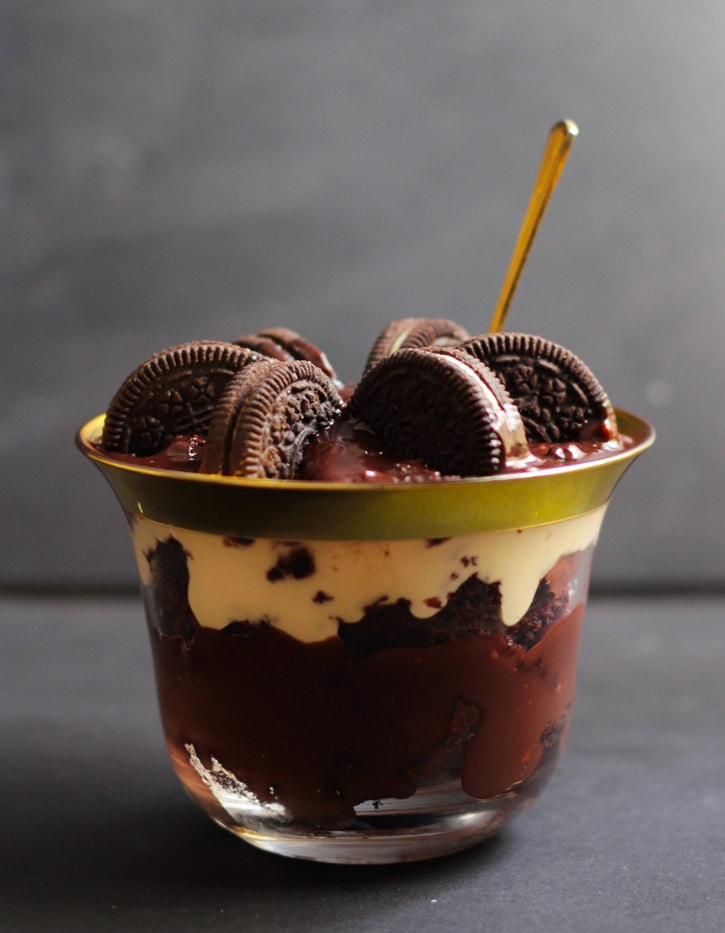 P.S. This trifle is really, really good. It's very addictive and sinfully chocolatey. Make it at your own risk. 😉

HOW TO ENTER THE GIVEAWAY

This giveaway is closed now!

a Rafflecopter giveaway
Terms & Conditions: This contest will run from November 11, 2015 – November 25, 2015. The winner will be chosen by random using Rafflecopter as the deciding force. Rafflecopter partners with Random.org to choose the winning entrant. No purchases are necessary to enter or win. A purchase does not improve your chance of winning. Void where prohibited by law. This giveaway is open to legal residents of the United States of America, Canada and the United Kingdom. The winner will be informed through email. **FYI, fake accounts & spammers will be disqualified and are not eligible to win. 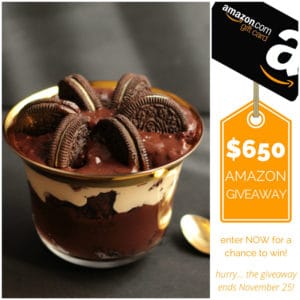 A sinfully delicious trifle with layers of oreo brownies, a thick and silky homemade chcocolate pudding and whipped cream. This easy dessert is the perfect make ahead dessert for the holiday seasons that is sure to impress your guests.
4 from 1 vote
Print Pin Rate
Course: Dessert
Prep Time: 15 minutes
Cook Time: 35 minutes
Total Time: 50 minutes
Servings: 3 -4
Author: Wajeeha Nadeem 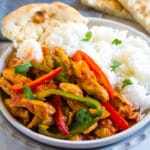 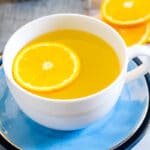 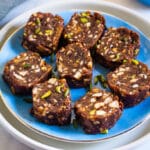 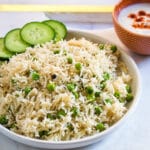