Crispy mixed vegetable pakoras are vegetarian fritters that are deep fried and served with chutney. They’re addictive, and one of Pakistan and India’s most loved street food snack.  Today I’m giving you the best vegetable pakora recipe ever. Tips for making and keeping the vegetable pakoras super crispy are included in today’s post. 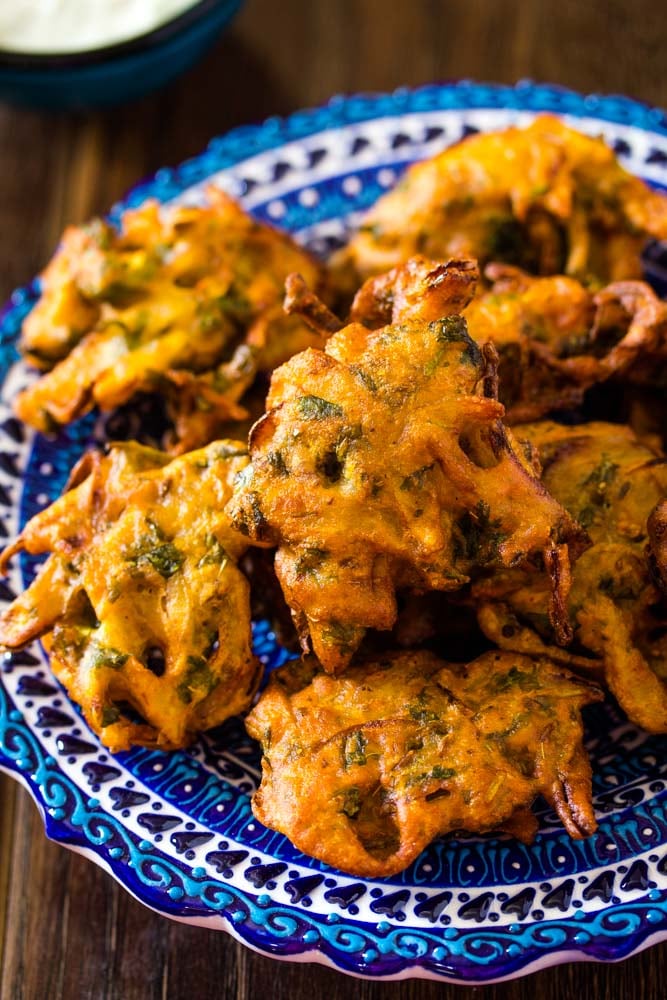 So, as promised in my Aloo Pakora post, I’m back with another pakora recipe…one of my very favourite snacks for Iftar in Ramadan, or when it’s raining: mixed vegetable pakoras. If you like crispy veggies coated in batter and then deep fried, well you’ve come to the right place, my friend.

Dip these pakoras into this delicious and easy Imli ki Chutney.

This Pakistani vegetable pakora recipe is the best. Seriously, it’s so good. And it’s also easy because who doesn’t like easy to make snacks?

What Are Vegetable Pakoras Made Of?

All pakora recipes start with a chickpea / gram flour batter. It’s a super easy batter that’s made with some spices (less or more, your choice) and a little bit of water.

Since we are making mixed vegetable pakoras today, we’ll use a variety of finely chopped veggies:

These are the three veggies that I absolutely love in my vegetable pakora recipes. However, you may add veggies like thinly sliced cabbage and carrots. Try to avoid vegetables that have a lot of water content like eggplant, because they won’t become as crispy. Although, eggplant (baingan) pakoras are often made in my home, and they do turn out to be super delicious. Just not as crispy. 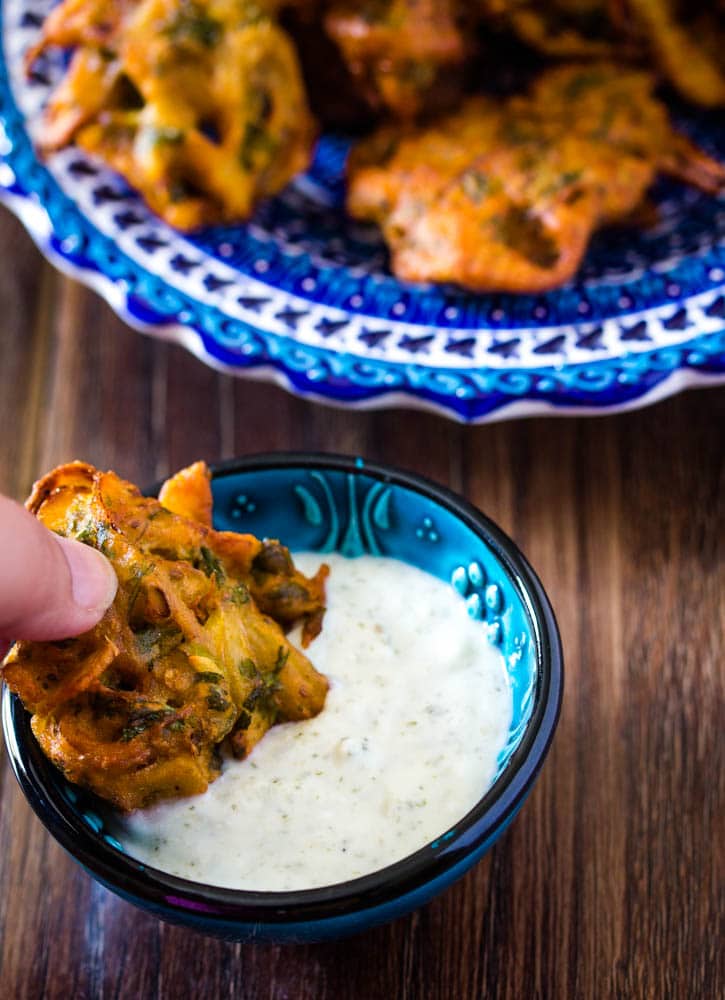 How Do You Keep Vegetable Pakoras Crispy?

Pakoras are addicting because they are savoury, deep fried and CRISPY. If they turn out soggy, they’re just not as good. So I’ve got a few tips on how to make sure your vegetable pakoras turn out crispy and can’t stop eating good:

1.) Add very little water to the pakora batter. This is super important. Why? Because vegetables release their own water. So we need just enough water to mix the pakora batter with the vegetables. If you go through my Aloo Pakora recipe, I ask you to make a more runny batter because we’re only using thinly slice potatoes in that recipe. But for mixed vegetable pakoras, I urge you to use just enough water to make the batter come together. Rest of the moisture will come from the mixed veggies. And we don’t need a lot at all, in order to make crispy vegetable pakoras.

2.) This isn’t a very commonly used tip, but I like to add just a pinch of baking soda to the pakora batter. This also helps in making the pakoras crispy.

3.) Instead of placing the fried pakoras on a paper lined plate, I use a cooling rack to place my pakoras on. This ensures no steam gathers under the pakoras (while they’re resting) to make them soggy.

If you follow all these tips, your vegetable pakoras will turn out very crispy. You won’t be able to stop eating them!! 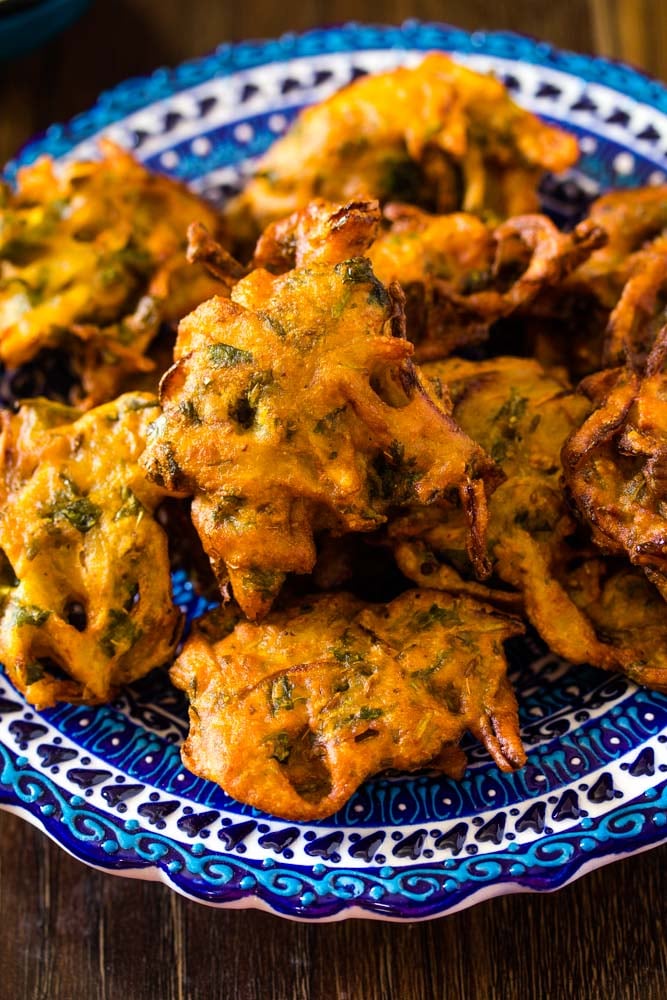 How to Make Mixed Vegetable Pakoras

Making these pakoras is super easy peasy. There are two parts to making pakoras: 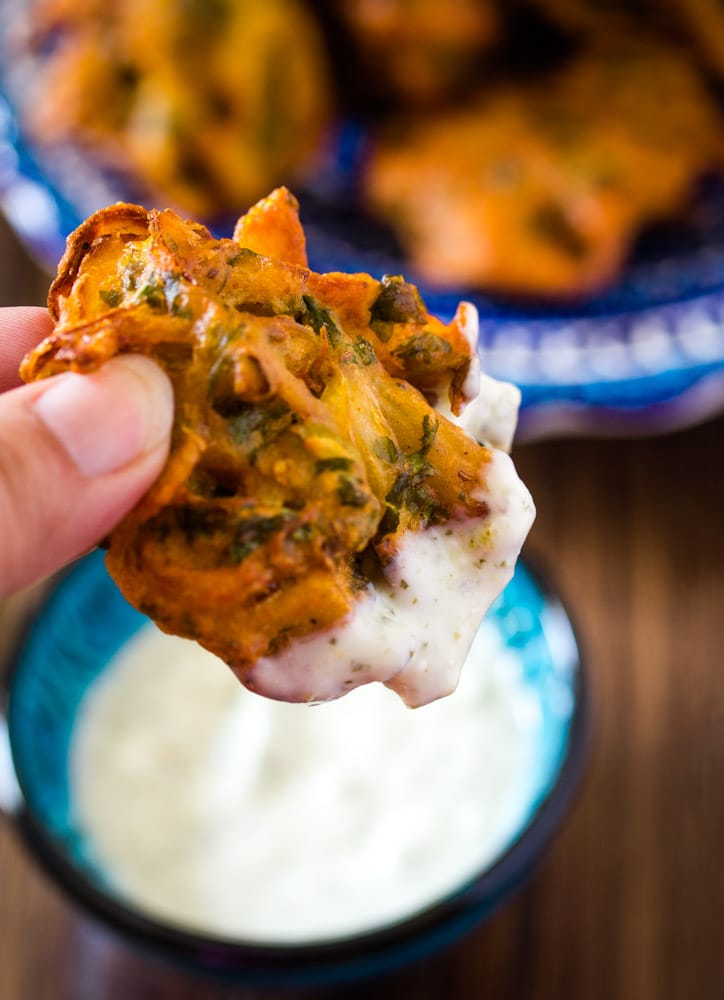 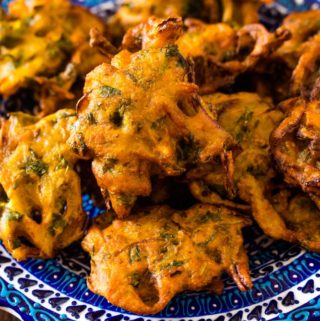 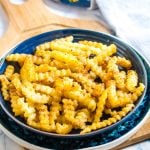 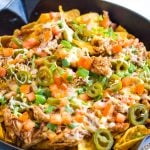 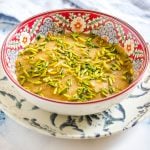